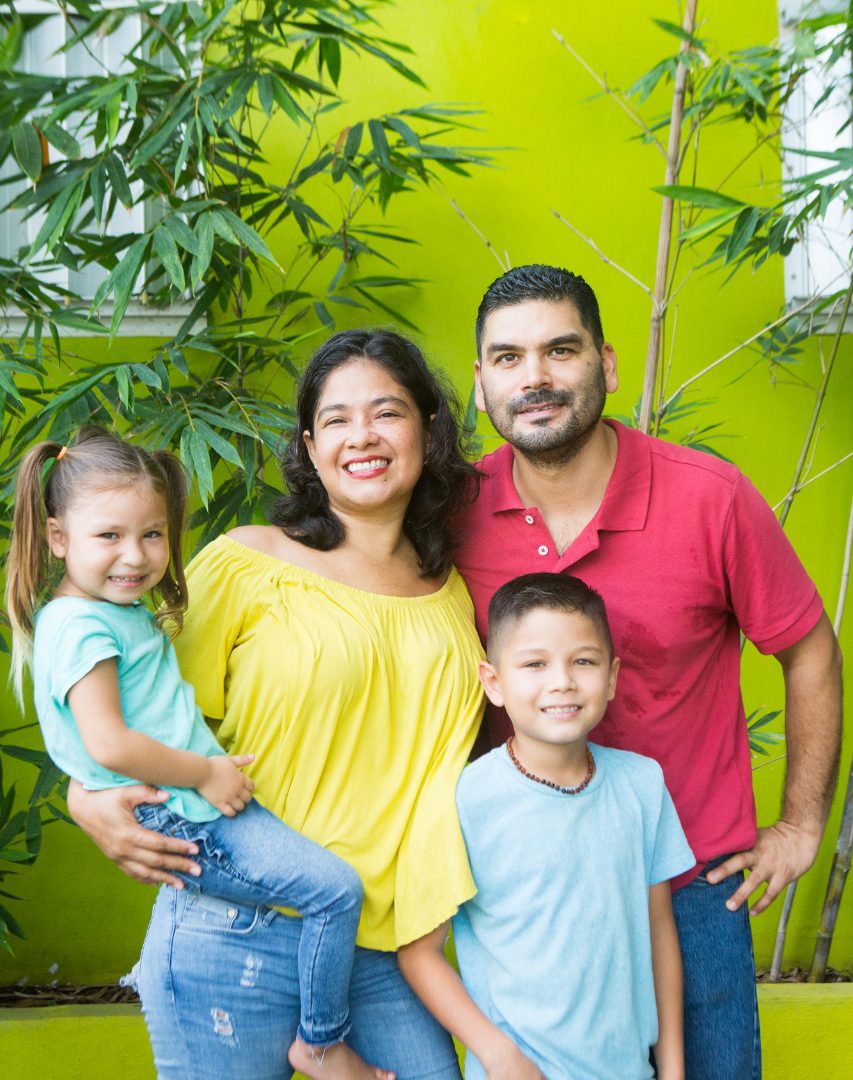 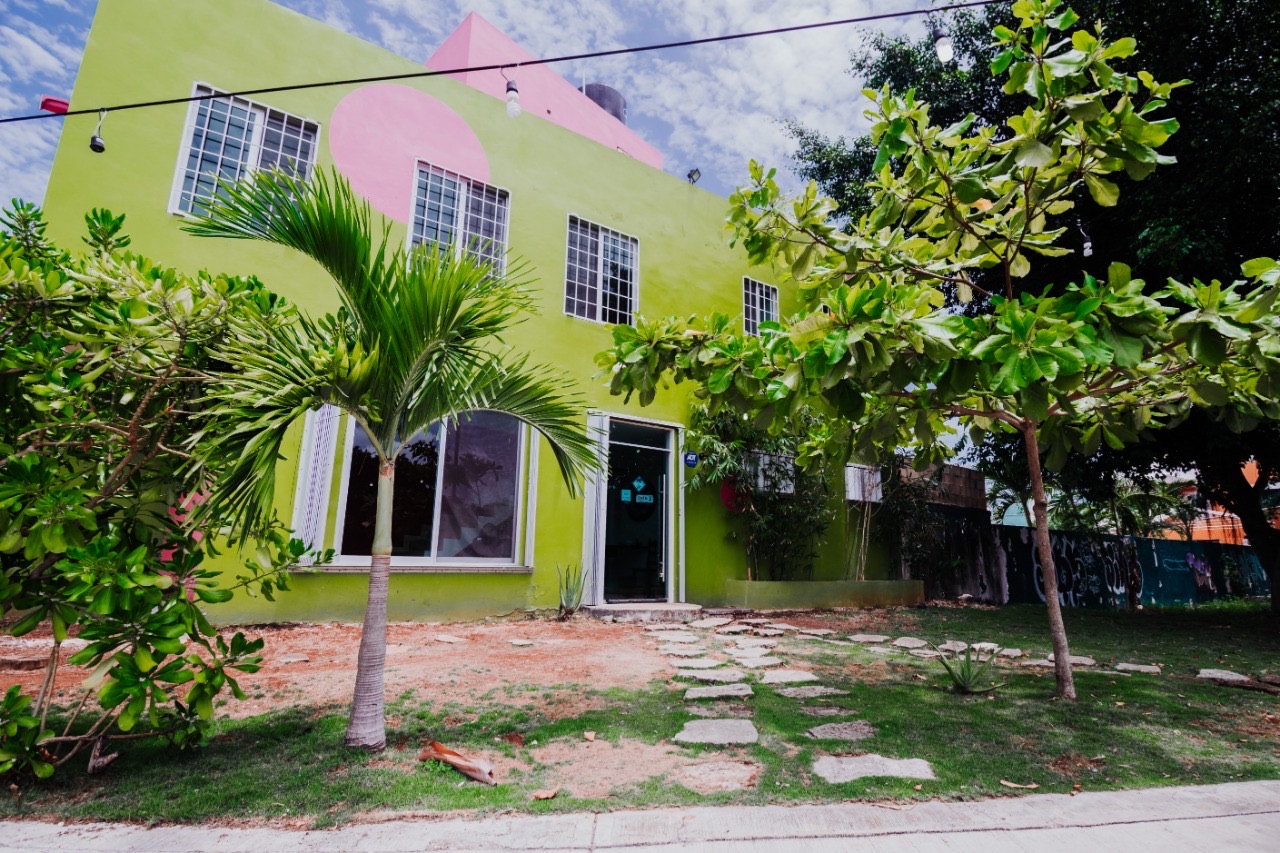 Pregnancy is an emotional and deep process in the couple´s life. Involving physical, biological and emotional changes it forms the foundations of the new family that is about to be born.

Our aim is to pass on confidence and support you in this natural process starting from pregnancy and moving on to labor, puerperium and breastfeeding in an involved way by trusting your intuition and letting empathy and inspiration, the human values lacking in many clinics and hospitals, guide you. We offer an alternative to the families living in Riviera Maya – to give birth in a gentle way feeling confident and surrounded by love. It is a pleasure for us to create a wonderful event as birth will always be unforgettable.

Salud Primal is a humanized birth center where we respect women´s right to have their babies while freely moving around. Supported by an appropriate preparation and becoming aware of one´s own body birth can be and is a beautiful and intrinsic part of life for which we are designed by nature.

We give importance both to the tenderness and the technique, whichever be the position the woman and the baby will decide to give birth in.

Congratulations on your pregnancy - you are very much welcome to prepare for and live your birth! Felicidades por tu interés en prepararte para vivir tu parto y bienvenidos!

Who are we? Where do we come from? What are our goals? You will know everything!

Misael born in Mexicali, Baja California. Got a degree as a Physician and Surgeon from the Universidad Xochicalco in Tijuana, Baja California, Prof. Cert. No. 4717328. Graduated from Hospital-Escuela Agustín O’Horán of the Universidad Autónoma de Yucatán (UADY ) specializing in Gynecolog y and Obstetrics, Prof. Cert. No. 7361312. Holds a diploma in ultrasound from the Universidad Autónoma de Querétaro and Ministry of Health of Quintana Roo. Works as a gynecologist with a humanized approach to birth putting the woman and her needs in the center of care, respecting the rhythm and time established by the woman as well as respecting the needs of the new family born in every birth. Among his main interests are witnessing the beginning of life, healthy and natural food and disease prevention by education. In his work he aims to provide women with necessary tools that let them experience birth as an empowering event and to lovingly welcome human beings that come to guide us in this world. 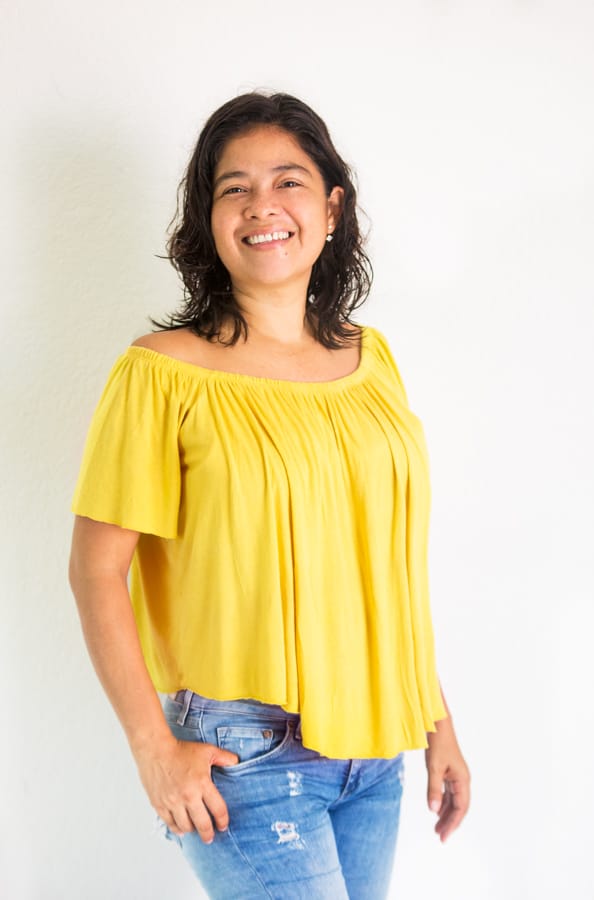 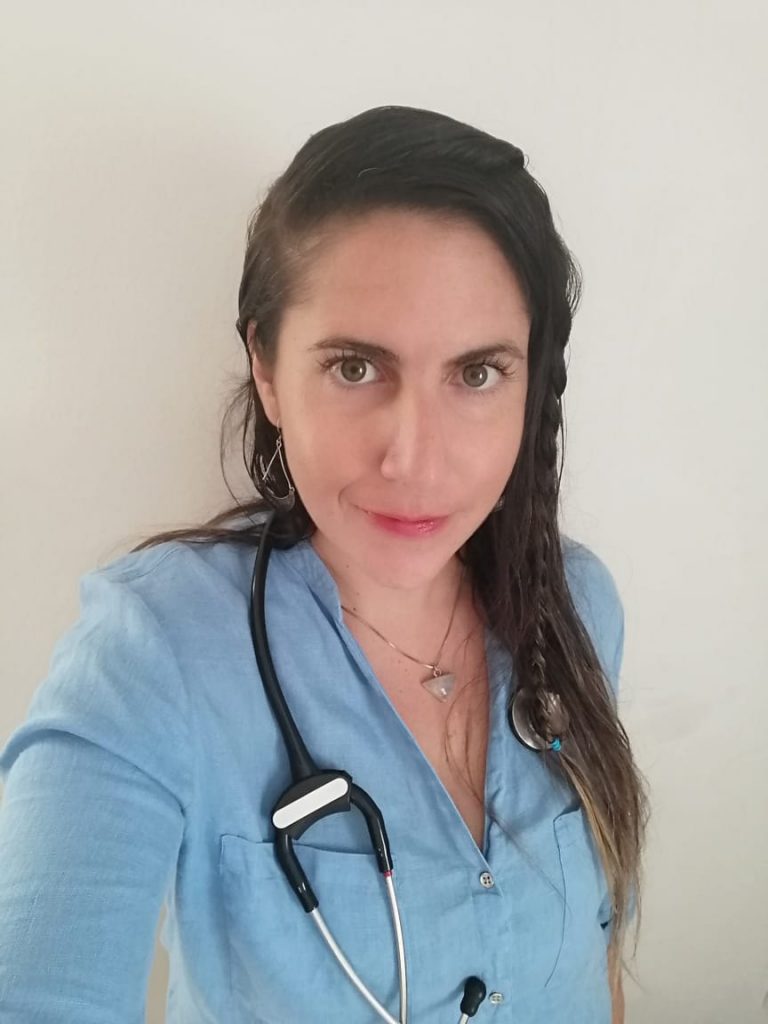 She was born in Mexico City but later moved to Pachuca where she began her journey in Health. She trained as an emergency medical technician at the Red Cross where she worked as a volunteer for approximately 7 years. She graduated from the Universidad Autonoma del Estado de Hidalgo as a Medical Surgeon. Her profession has led her to work and live in different national and international contexts, from Private Medicine in first level hospitals to Field Medicine working with Medicos Sin Fronteras. Life led her to travel aboard a mobile home so she worked as a mobile doctor with local NGOs, it was right there that her taste for natural and ancient medicine took shape. She completed a Diploma in Scientific Herbalism as well as multiple courses in Cannabic Medicine and Ayurvedic Medicine. She affirms that life placed her in the context of Humanized and Respected Childbirth, which for her perfectly complemented her path in natural medicine. Currently she is part of the Primary Health team for the attention of Humanized Childbirths and has an office of Integrative Medicine in Primary Health. 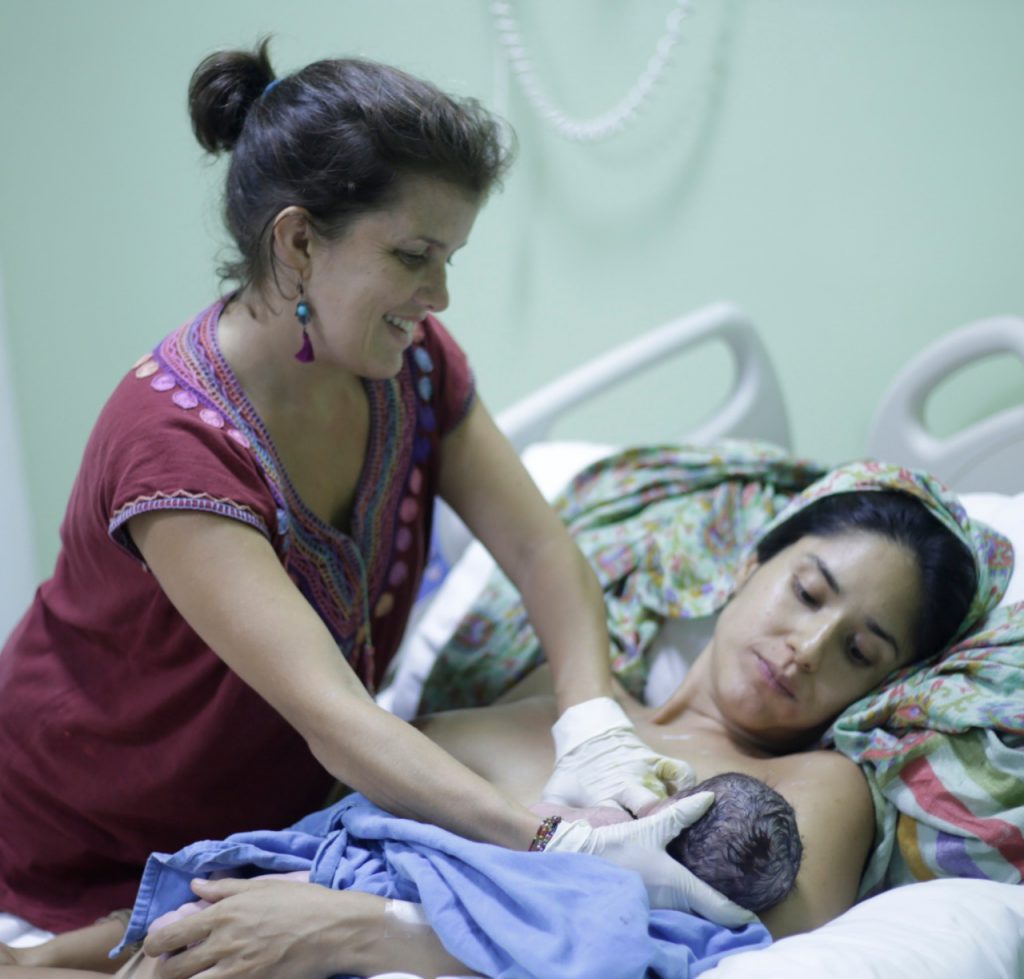 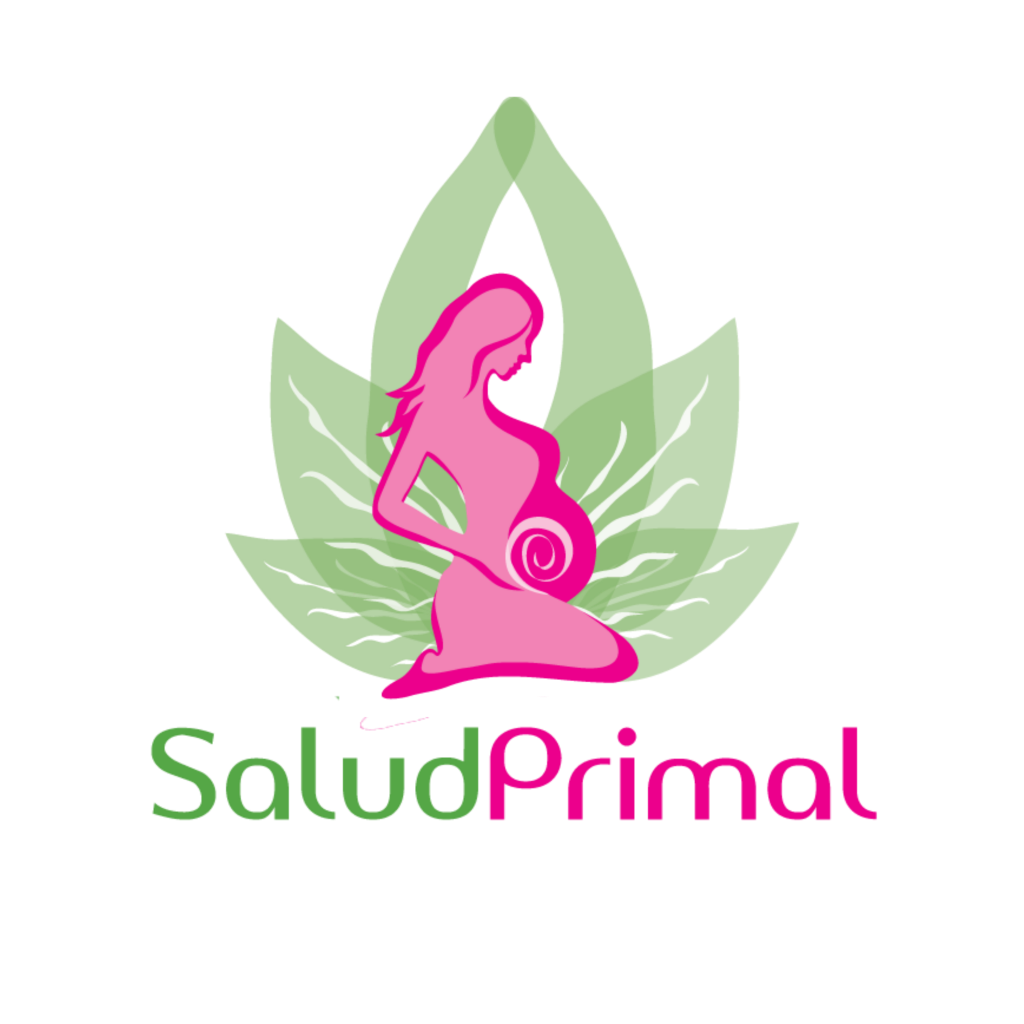 She was born in Argentina and in the year 2OO3 she migrated to Mexico, and it was there that she started to work in the perinatal world in 2009 due to the difficulties she had in conceiving her daughters. She conducted independent studies linked to women's cycles, hormones and nutrition in Mexico City. After her experiences in water birth, she began her journey into the perinatal world. She took the DONA Seminar in 2011 and the Acupressure Workshop for Childbirth. She also obtained her certification as a Perinatal Educator from Lamaze. Independently, she began studies on child development. She was in charge of the rebozo and porting workshop for 4 years, on a weekly basis at the El Arenal Educational Center of Perinatal Educator and Doula, Laura Mandoki in Coyoacán, Mexico City.  In 2014 she served as Co-Founder of IMA (Instinto Maternal y de Apegocimento) with Sandy Arellano (Perinatal Educator and Doula, certified porting instructor), Raziel Talamantes (certified porting instructor and DOMAN Method instructor) and Dr. Christyan Byron Mera, gynecologist with a humanized approach to birth. He offers workshops in ablactation with the approach of self-regulated feeding by the child or Baby Led Waning. Takes Rebozo workshop for birth. Active listening workshop with midwife Laura Cao Romero. Medicine and postpartum closure in Tepoztlán and with Emilia Yolotzintli in Playa del Carmen.

She has been living in Tulum since 2014, where she offers courses in perinatal education, accompaniment of childbirth as a doula and breastfeeding counseling since then, as Maternando (created by Sayra de la Torre, who was associated with her at the beginning and independently years later) both in Playa del Carmen and in Tulum. At the same time, she participates in the house of the Osa Mayor midwives in Tulum, as a perinatal educator and manager of the breeding, breastfeeding and ablactation workshops. Co-founder of the Osa Mayor Foundation. Currently she works as a Perinatal Educator, Doula and lactation consultant in Salud Primal, she is the mother of two home schoolers, all this while continuing her studies of Traditional Midwifery in the Midwife's Cave, in charge of Sabrina Speich . Translated with www.DeepL.com/Translator (free version)

Hit enter to search or ESC to close

Your shopping cart
WooCommerce should be installed and activated!